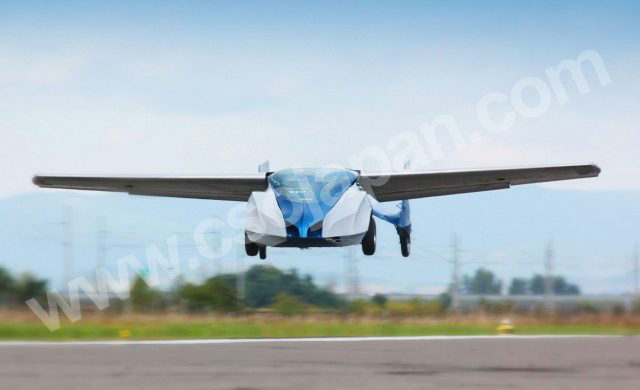 Man has always been in the quest for advanced and innovative ways of transportation and commuting since he walked onto this planet. He wanted to create ease and convenience when it came to travelling distances whether with or without luggage.

It started simply by walking, carts and horses and later on cycles but in the modern age man has started to use cars and motorcycles to serve his purpose. However, things are going to get different in the future people presume. Scientists and experts are working hard to come up with the best possible flying car known to man which can be safe, fast and fuel efficient.

Flying cars are something that has been over-concentrated by people in movies and general media. These ideas of flying cars got real shape when scientist took to fighter jets and other smaller aircraft. This production of smaller airplanes made way for the possibility of airborne cars and that has become the great debate today in the world of science.

However, recently a Slovakian start-up has come up with what they call is the ‘most advanced flying car ever made’. They think that this piece of extraordinary equipment can turn the future in the favor of airborne travel over other modes. This prototype has the most elegant of designs and has been able to impress most people thanks to its successful flight operation.
It is fitted with 100 HP engine and has the capacity to go 100 mph and has a range of 500 miles at max. The altitude is limited to around 9800 feet because of the need of pressurized cabins for going any higher. This car is designed like a minivan and has the ability to be driven on roads as well and easily fit in parking spots too.
AeroMobil has come up with something that gives us a sniff of what the future holds and it look like it is going to be exciting for the most part. There are things still that need to be sorted out though. The safety of its operation is something people will be questioning for the time to come and also its need for a 650 feet grass strip to take-off into the air.
It has managed to produce the flying car that has impressed people from around the world because it is definitely better than other counterpart prototypes that have been produced so far by other competing companies.